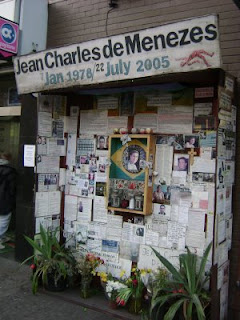 Lambeth Council tax payers will not have to fork out millions to pay for the Jean Charles de Menezes inquest, the Government has confirmed.
It was feared Lambeth Council would have to pay up to £1.5m to fund the inquest into the fatal shooting of the Tulse Hill man in July 2005 by police firearms officers who mistook him for failed suicide bomber Hussain Osman.
Bills for inquests in the borough carried out under the jurisdiction of Southwark Crown Court usually have their costs shared by Lambeth, Southwark, Lewisham, and Greenwich councils. But given the massive bill for the inquest - estimated by the coroner to cost between £5.5m and £6m - and its national significance, councils and local MPs argued they should not have to foot the bill.
The £1.5m would have accounted for about two per cent of revenue from Lambeth’s council tax bill for 2008/9.
Labour MP for Streatham, Keith Hill, wrote to the Ministry of Justice last September arguing it was “inequitable that the tragic shooting which aroused such feeling in local communities, should now lead to those same communities having to bear extra council tax costs, or cuts in services, to fund the inquiry into it".
He received a reply from Justice Secretary Jack Straw last week saying due to the “exceptional nature” of the inquest, central Government would provide financial support for the local authorities.
The exact amount is unclear but a source said it was expected to be “considerable” and a meeting would be held to finalise the figure in the next few weeks.
More than 100 witnesses spoke at the 12-week inquest held at the Oval cricket ground that ended in December with an open verdict.
(from your Local Guardian)
Posted by Alex Bigham at 23:51

Thanks for the information you shared. Please share useful information with your friends regularly