Fight for a better concierge service for residents: Tell us what you think 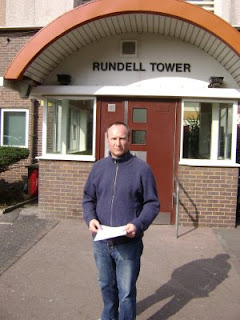 The Stockwell Labour team have spoken to many residents about the concierge service in Rundell Tower, Kelvedon House and Wimborne House. Some people have told us that they would prefer their blocks to be staffed in the evening rather than during the day. We want to know what you think.

You pay for your concierge, and we believe that you should have the service you want.
We know that there are benefits to having a concierge during the day: you don't have to be in to sign for parcels or let workmen in. But some residents have told us that feeling safe and secure is more important, and they prefer having someone on duty during the evenings. This is your concierfe, and we want you to have value for money.
We will support you in whatever you decide, so please take a moment to send us your comments.
You can take the survey here: http://tinyurl.com/cmgsdb, or email your comments to iwalker@lambeth.gov.uk
Please tell us:
If you would prefer the concierge to be on duty:
Daytimes
Evenings (Choose one only)
If you would like the concierge to work from ____ am/pm to ____am/pm
Please tell us your Name and Address and if you would like to keep in touch with us.
Yours sincerely,
Cllr Imogen Walker
Cllr Pete Bowyer
Cllr Pav Akhtar
Posted by Alex Bigham at 14:24

We are really grateful for your blog post. You will find a lot of approaches after visiting your post. Great work.

There are some interesting points in time in this article but I don’t know if I see all of them center to heart. There is some validity but I will take hold opinion until I look into it further. Good article, thanks and we want more! Added to FeedBurner as well