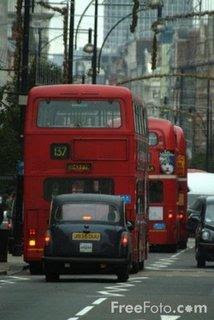 Lambeth has secured a deal to allow older residents free travel on most buses, tubes and trains 24 hours a day – a deal guaranteed until 2015. The extension to the council-funded Freedom pass scheme was agreed as part of a five year deal negotiated between London’s councils and Transport for London.
Each year Lambeth pays Transport for London and rail operators in the capital to allow older and disabled residents to use their services free of charge. For 2009/10 Lambeth will pay £5,877,576 to give 32,196 elderly and disabled residents free travel.
At a meeting of London Councils Transport and Environment Committee Lambeth along with their fellow Labour boroughs, voted to extend the free travel scheme for older people.
Cllr Sally Prentice, Cabinet Member for the Environment said: "Although the Mayor of London is keen to claim credit for this scheme, the Freedom Pass is almost entirely funded by London councils like ours and by extra grants from the Labour government and we are pleased to be part of a scheme that continues to benefit thousands of older and disabled residents in the borough.”
Posted by Alex Bigham at 22:52

In case you can not decide about purchasing the suitable type of replica watches then you can ask someone who has been wearing it. They are able to offer you about its efficiency and reliability. One thing else of note is replica watches sale also have two or three years guarantee. One particular will need to constantly speak in regards to the guarantee is valid which contains a certificate is stamped by a replica watches sale. The buyer is not going to become disappointed with any of these rolex replica sale about style and functionality. It really is my opinion the consumer may possibly come across any in the replica watches uk to become a technologically advanced, yet inexpensive wrist watch to put on for every day use. Also, it really is suitable for each and rolex replica sale from children on the elderly, lots of people are becoming a great deal even more attracted to bling.

we are tour operators in Kashmir India. we provide Kashmir Holiday Tour packages where you can live with communities see their lifestyle and get a chance to taste authentic Kashmiri food our Kashmir Tour are customized and very cheap at pocket.

Hello this is a nice source for some spiritual refreshment but if you are interested in travel and tourism i have got a list great but cheap tour destinations to visit in India, you can book cheap holiday packages, hotels and cabs with very good service low cot holiday packages in India for couples, families and friends. We provide best Mumbai to Kashmir Travel at very affordable prices.

Well this is nice post i liked reading it its a must to revisit site thanks for this great reading stuff hope to see more from you in future Hello there if you are interested in travel and tourism i have got a list great but cheap tour destinations to visit in India, you can book cheap holiday packages, hotels and cabs with very good service Small budget Travel Places in India for couples, families and friends. We are the best Kashmir Tour In Srinagar India we provide Car rental prices in Srinagar Jammu and Kashmir.