Stockwell Labour and the Portuguese Community 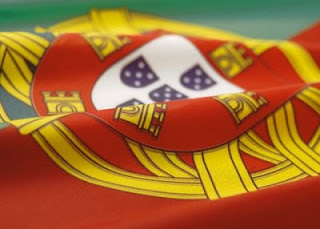 As avid followers of this blog will be aware, members of the Labour Party from Stockwell and across Lambeth will be holding a "Stand up for Stockwell dinner" tonight at Casa Madeira near Vauxhall.
The Portuguese community are one of the most important groups in Stockwell and in Lambeth - estimated to be the largest single minority community in the borough. It's therefore only right that we celebrate the great contribution that the Portuguese make to our community.
Cllr Steve Reed, the leader of Lambeth and Cllr Pete Bowyer, Stockwell councillor recently gave an interview to Lusa, Portugal's national news agency. The video is no longer available on their website, but you can read details (in Portuguese) here: http://www.acorianooriental.pt/noticias/view/182214
If you want to read more about what Labour has done in partnership with the Portuguese community, read Steve Reed's blog: http://www.stevereed.org.uk/diary?PageId=661480b0-2350-5374-151d-45ae8083605a
UPDATE:
Over 100 people from both the Portuguese community and the Labour Party attended the dinner at Casa Madeira, and was a fantastic night with speeches from Antonio Cunha, UK representative of the Portuguese community, Stephen Twigg, Cllr Steve Reed, Leader of Lambeth,Val Shawcross, London Assembly Member and Anne Fairweather, Labour Candidate for the European Elections.
Posted by Alex Bigham at 16:28

Try though I have severaL times to watch the Video I can't locate it -perhaps you can advise or correct the connection more precisely. Maybe it got mistaken for a local public loo Ad' and got closed down pronto pronto.

Sorry - LUSA seem to have taken down the video, will try to track it down.

Reminds me of the first ever Portuguese councillor in the borough who a few years ago represented a ward in Stockwell. He was jailed for fraud, illegally sub letting Sutton Council properties while working as a housing officer. Yep he was in the Labour Party

Hang on - are you talking about Gabriel Fernandes, who was a Lib Dem councillor in Stockwell - yes he was convicted of housing benefit fraud and resigned. But, I say again - he was a Lib Dem and Labour won the by-election. Please get your facts straight.

"but you can read details (in Portuguese) here: http://www.acorianooriental.pt/noticias/view/182214 "

This article will hopefully help and benefit us all