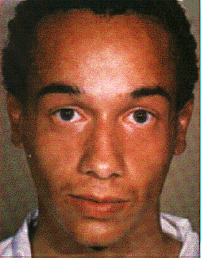 Kenneth Erskine, known as the 'Stockwell Strangler' today had his convictions for murder reduced to manslaughter after winning his case at the Court of Appeal.

Erskine, who killed seven pensioners in 1986 had his conviction quashed after he was found to have diminished responsibility on the grounds of suffering from schizophrenia.

He was serving a life sentence of 40 years for strangling a group of men and women aged between 67 and 94.
It does not mean he will be freed, however - his sentence will now be changed to an indefinite hospital detention order. He will remain in a high security hospital for as long as doctors feel he is a danger to society.
More details from the BBC:
http://news.bbc.co.uk/1/hi/england/8149050.stm
Posted by Alex Bigham at 12:29