Your Labour action team has been out on the doorstep talking to residents, and we know that unemployment, or the fear of being unemployed is a big concern for everyone.

Labour is taking action to save jobs and get the unemployed back to work fast. Thanks to Labour, three new skills trainging centres will open across Lambeth – including one locally in Kennington. Labour councillors have won over £17 million from the Government to fund improvements to local homes, roads and schools. The jobs will be prioritised for local people. 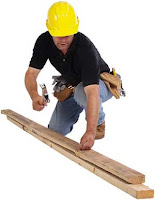 Sadly, Lib Dems and Tories provoked fury when they told residents that unemployment would NOT be a priority if they ever grabbed control of the council again. Here’s hoping they don’t.

Lambeth First (the borough’s strategic partnership) has funded an open day for jobs in Waterloo on 1st October. As many as 800 new jobs will be available in the new Park Plaza hotel near Westminster Bridge.

More information at http://www.lambethfirst.org.uk/
Posted by Alex Bigham at 00:32