Tenants and leaseholders living in Lambeth have been told that fire safety assessments will be carried out on all high rise homes by March 2010 as planned. Many will be complete before the end of 2009.

It follows a fatal blaze at Lakanal House in Southwark this July which brought the need for the fire safety assessments into focus. Six people died in that fire, which was started by a faulty television. Lambeth’s own safety assessments were under way at the time of the tragic fire, and some 16,000 homes have so far been visited. 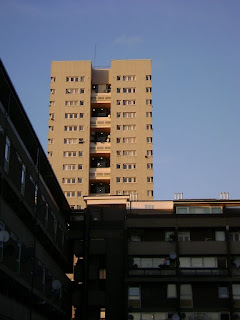 However the majority of the borough’s tower blocks had not been assessed and that work is now continuing, with housing chiefs promising that the deadline of March will be met. All tower blocks (like the Rundell Tower on the Mursell estate, pictured) five storeys and over will have a completed fire safety assessment by the end of March 2010.

At the same time as the assessments are taking place, Lambeth Living has stepped up its daily, weekly and fortnightly inspections by concierge, cleaners and estate services officers. Lambeth Living looks after the borough’s housing stock and its Chief Executive Cathy Deplessis said: “The safety of our tenants and residents is a top priority and we have been working closely with the London Fire Brigade on a robust programme of safety measures, including an action plan for fire risk assessments across every council home. Separate internal home fire checks have already been completed on over 16,000 homes and is underway on the remaining properties.”

(Story from Lambeth Life)
Posted by Alex Bigham at 20:40