Out and about on the South Lambeth estate

Local Labour councillors Imogen Walker, Raj Patil and Pete Robbins were out and about on the South Lambeth Estate today along with community campaigner Alex Bigham. This is for the second week in a row, and last week they were also joined by Cllr Pete Bowyer. 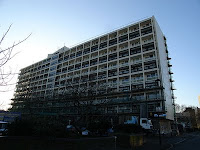 They were talking to residents about how the new dispersal zone (which Labour councillors and the police introduced) is working along the Dorset Road, along with other issues including housing, anti-social behaviour, and even one resident who is suffering from a plague of ladybirds outside her house! (Incidentally, this is a national problem – http://tinyurl.com/3lol97)

Although some of the gang problems in the area have now been resolved, residents are concerned about youths congregating in stairwells, smoking and taking/dealing drugs as well as generally intimidating people. These issues are being reported to the local police.

Last week, the team noticed some dumped rubbish (also pictured) outside Wimborne House and reported it to the council. This has now thankfully been sorted.

We hope things are working well, but do get in touch with your Labour team if there are any issues we can help with at all. 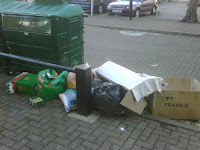 Amazing article. Your blog helped me to improve myself in many ways thanks for sharing this kind of wonderful informative blogs in live. I have bookmarked more article from this website. Such a nice blog you are providing !
Cabs in Madurai

Thank you very helpful article. allow me to join to share health articles with your article hopefully useful.