Around 100 guests attended from across Lambeth and the rest of the capital to discuss how the diverse communities who speak Portuguese and Spanish can best be represented in Lambeth. 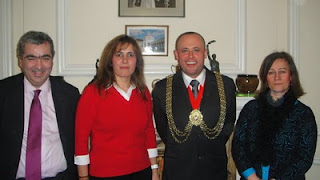 Discussions included plans for a new Portuguese community centre, which Lambeth has allocated £0.5 million to fund and will be established by community leaders.
Posted by Alex Bigham at 10:25

Labour haven't done much for the portuguese community,nothing for the
Afro-caribean community or any community at all.
Now the want votes! Hope Conservatives win the next eleccion
and help and support communities in
Lambeth.