Thoughts and Prayers with the people of Madeira 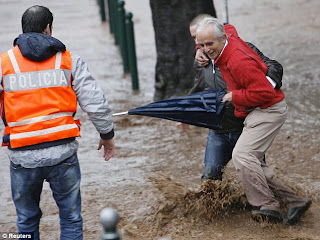 Up to 40 people are now reported dead in the Portuguese island of Madeira following severe flooding. Flash floods sent tonnes of mud and stones cascading into towns and villages across the island. Lambeth is home to a large population of Madeirans based around Stockwell, and the borough regularly hosts an annual Day of Madeira celebration after local Labour councillors backed community demands for the event to be held.

Stockwell Labour councillor Imogen Walker expressed her sorrow at the events in Madeira. She said: “My heart goes out to those who have died or lost loved ones in the floods in Madeira. We are asking the British Government to give all practical support to the Government of Portugal as they mount a rescue operation in Madeira. We are also in touch with the Portuguese Embassy in London to express our deepest condolences and to ask where donations should be made. I know many people living in Stockwell will want to join their Labour councillors in making a financial donation to help those who have suffered.”

Email ThisBlogThis!Share to TwitterShare to FacebookShare to Pinterest
Labels: madeira

may be useful for all, helpful article once and pardon me permission to share also here :