Lib Dems admit - Labour is getting it right on parking!

We're glad to see that a spirit of cross party co-operation and honesty has reached the Lib Dems. In Stockwell, they decided to put out their own parking survey. Despite the fact that such surveys are more likely to be returned by Lib Dem supporters, the survey found that most people thought the Labour Council was providing a good parking service for residents. 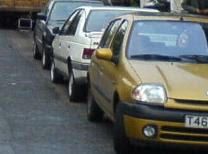 According to their survey, "62% of respondents said they were happy with the present parking restriction times (mostly 8.30-5.30, Mon-Fri) against 16% who were unhappy." In addition, a clear majority thought there were enough pay and display machines - "51% of respondents thought there were enough, against 20% who were unhappy."

While there were some specific concerns from bits of the local area, and a split in opinion on parking near shops, most people seemed happy with the service Lambeth is now providing. A summary of the results is here: http://www.vauxhall-libdems.org.uk/news/000182/parking_in_stockwell__residents_respond_to_lib_dem_survey.html

This is a result of Labour's improvements to parking. When the Lib Dems were in charge, parking was a major political battleground - Labour had to tear up the bonkers parking contract, which incentivised wardens to give out fines and was massively unpopular.

While of course everything isn't perfect, and we will look into the issues raised, we'll be expecting a letter of congratulations from the Lib Dem team...
Posted by Alex Bigham at 23:35

thank you very useful information admin, and pardon me permission to share articles here may help

articles as a very interesting and rewarding once, and pardon me permission to share articles here hopefully helpful and useful :