Sure Start under threat in Lib Dem coalition plans 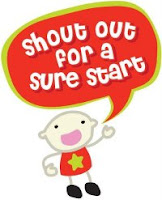 Your Stockwell Labour team has always believed that that Sure Start, a major Labour government initiative set up to deliver the best start in life for every child by bringing together early education, childcare, health and family support, is vital to Lambeth’s future. In dramatic revelations about Tory and Lib Dem plans for Lambeth, neither have pledged to protect Sure Start in Lambeth where, with Labour, the borough has developed a valuable network of 30 Sure Start Children’s Centres.

While local Conservatives have mirrored the national party line to restrict access to the service, local Liberal Democrats also have made no commitments to keep the Sure Start programme.

Labour lead on Children and Young People’s Service’s, Cllr Paul McGlone said ‘We all knew that the Conservative Party want to take Sure Start backwards, but what surprises me is that the local Lib Dems appear to have followed suit. These centres really make a difference to people’s lives and now that there is one in every area of Lambeth, residents will be devastated to learn that the Lib Dems might be planning to get rid of them’.

Labour Leader, Cllr Steve Reed added: ‘In Lambeth, it is the Lib Dems that are the ‘nasty party’ who will cut services if they get in. We know this because that’s what they did when they were in power, thanks to the Tories four years ago. Their leader still talks about ‘savage cuts’. The fact that opposition manifestos match where Sure Start is concerned is further sinister evidence that they have paved the way to join forces again.’

Labour’s manifesto specifically pledges to lobby government to protect the portion of funding it receives for Sure Start centres.
Posted by Alex Bigham at 15:11

Email ThisBlogThis!Share to TwitterShare to FacebookShare to Pinterest
Labels: labour, stockwell, sure start

very useful article, thank you very much and pardon me permission to share the article here admin :

Thank you for sharing the information, a very interesting article