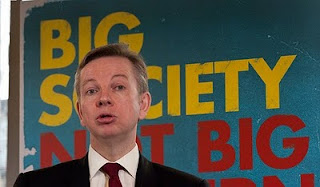 Although no schools in Stockwell are affected thankfully, nearby schools including Lansdowne Primary, Lilian Baylis and Archbishop Tenison’s had been promised new school buildings under the Building Schools for the Future project, but the Tory/Lib Dem coalition government has now dashed their hopes. Michael Gove has now cancelled the rebuild of eleven schools.
Labour councillor Alex Bigham said: “Local families had been promised these improvements for their schoolchildren, but now they will be forced to have lessons in buildings that aren’t as good as they should be. If your child goes to a school with a leaking roof or poor sports facilities, you know who to blame.”

“Lambeth is still desperately short of places for secondary school age children, despite Labour building three new schools from scratch in the last few years. Labour’s plans for school rebuilding would have created the extra places our borough need – but the Tories and Lib Dems will leave our children having to travel miles out of the borough to get to school.

Lambeth Labour are now leading a ‘Save Our Schools’ campaign, to shame the Tory/Lib Dem government into reversing their short-sighted decision. They are urging local parents and children to write to Education secretary Michael Gove telling him how their decision will affect their education. He can be contacted at:

Email ThisBlogThis!Share to TwitterShare to FacebookShare to Pinterest
Labels: building schools for the future, school, stockwell

You should take part in a contest for one of the best blogs on the web. I will recommend this site!