Can you help us spruce up Tradescant Road and our local area?

As your local Labour councillors, we will be joining a group of residents who have organised a session on Saturday (2 April) to clean up and improve our local environment around Tradescant Road and Walberswick Street. If you live nearby, we hope you might be able to join us too. 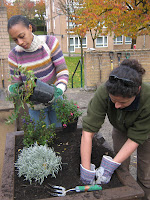 The Council provide tools and support through a scheme called ‘Community Freshview’ in order to help local people take action to improve the environment. This is one element of what we call
‘the Co-operative Council’ and the scheme recently won an award from Tidy Britain UK.
The plan is to meet at 10am by the Stockwell Partnership, at the corner of Tradescant Road and South Lambeth Road. The day will run until around 2pm— but please turn up when you can. So far about 15 people have signed up to take part, please do come and join in.

There's a rubbish amnesty—skips will be available for you to dispose of anything you like. Plus, there will also be free compost for you to take and use in your garden.

We’d like to thank Andrew, Matt and the other organisers for planning the clean up. If you would like to see a Community Freshview in your area, please contact one of us.

Detectives are appealing for witnesses and information after a shooting in Stockwell that left a young girl and a man in hospital.

Emergency services found a five-year-old girl and a 35-year-old man suffering from gunshots wounds inside the shop.

Once the youths on bikes were outside the shop, one of them fired shots into the shop front.

A five year old girl was shot in the chest and the 35-year-old man was shot in the face. They were both taken to a south London hospital. Their conditions are described as critical but stable.

The two youths, who police believe were the intended targets, ran from the shop and chased the three others who were on bikes, running off along Broom Grove Road and into the Stockwell Park Estate.

An incident room has opened under Detective Chief Inspector Tony Boughton, Trident, on 020 8247 4553.

Detective Chief Inspector Tony Boughton said: "This is a terrible incident where an innocent child has been seriously injured. We want to hear from the local community, who might have seen these youths cycling around the estate between 21:00hrs and 22:00hrs. I appeal to those who have information or were involved in this shooting to come forward and assist us with this investigation. These criminals have seriously injured two innocent bystanders and must face the consequences of their actions."

The two victims are not related to each other.
Posted by Alex Bigham at 14:03 4 comments:

Girl 5, and man, 35, injured in shooting in Stockwell Road

Last night there was a shooting in a newsagent in Stockwell Road. A girl aged five years old and a thirty five year old man were injured in the shooting. Neither are related.

Cllr Alex Bigham from Stockwell said, "our thoughts are with the victims at this time and their families."

Cllr Rachel Heywood, Lambeth Council Cabinet Member for Community Safety, said: “Tackling serious violence is a major priority for this council. A crime like this is hugely shocking and we will do everything in our power to assist the police with their investigation.”

The murder is being investigated by the Metropolitan Police Services’ Operation Trident and anyone with any information is asked to urgently contact Crimestoppers on 0800 555 111.

Don't Forget to Fill in your Census!

27 March was Census Day, and you have only a few days left to fill in your Census form. This is a chance to ensure our community gets the right amount of money based on our needs, and every form is worth nearly £300 in funding from government. 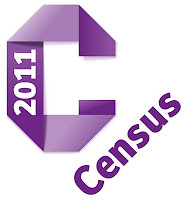 Census forms need to be filled in by law, and refusing to complete one can lead to a fine of up to £1,000. The forms take about five minutes to fill in, and it only comes around every ten years.

We want to encourage black and ethnic minority communities to fill in the forms so we get an accurate picture of Stockwell's diversity.

In particular, we want to ensure good representation from the Portuguese speaking community. This year, the census has the option of recording your identity so groups can fill in "Portuguese", "Brazilian", "Angolan" etc so we get a better picture of how many Portuguese speaking residents live in Lambeth.

Many local residents are fuming at the news that the Tory Mayor Boris Johnson and TFL have decided that Stockwell station will be closed this weekend. A vital transport link not just from the local area, but also as an interchange will be shut down on Saturday 19 and Sunday 20 March. The entire Victoria line will be shut, but only Stockwell station on the Northern line will be closed down, inexplicably.

Your local Labour councillors have written to Val Shawcross, our local Labour Assembly Member who chairs the Transport Committee to express their frustration at the decision.
Posted by Alex Bigham at 17:44 9 comments: