Youth and Gangs in Stockwell
Perspectives from:
Local Planning Update
Some key developments and planning applications which will – or might – affect the local neighbourhood
Ian Beever, local resident

‘Get to Know Your Community’ – : The Portuguese Community Centre
Update from Luis Ventura, Development Project Manager

Open session for Forum members to update others
Posted by Alex Bigham at 23:39 4 comments: Links to this post

Ever wondered what happens when you put your orange sack outside your front door? Well, if you're happy to hold your nose for an hour or so, you are invited to visit the new £25m waste and recycling facility that Lambeth uses, run by the Western Riverside Waste Authority. 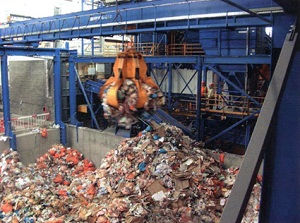 Visits have been arranged by Lambeth Council as part of Recycle Week 2011, and give residents a first hand view of how the machines help materials to be processed faster, more efficiently and more cost effectively than before, it is claimed.

The facility, which is in Wandsworth, and was opened earlier this year by the Princess Royal, uses the latest technology to separate a variety of materials, such as plastic, metal cans, paper, cardboard and glass collected from homes across Lambeth. It means that materials collected in Lambeth no longer have to be taken to another facility in Kent, as before, meaning fewer lorries on the road, and less pollution and congestion, according to the council.

Councillor Lorna Campbell, Cabinet Member for Environment and Sustainability, said: “It is vital we all recycle as much as we can because recycling saves money and helps keep the council tax bill down. I hope there will be plenty of interest from people keen to see what happens to their recycling once it is collected from their home.”

To take part in the visit, email Catherine Bourke, waste development officer on cbourke2@lambeth.gov.uk or call 020 7926 8971 for more information.
Posted by Alex Bigham at 13:41 6 comments: Links to this post

Tell us what you think about libraries... 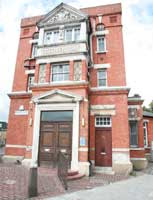 Labour Councillors have established a Libraries Commission to look at the future of library services in Lambeth, folllowing the unprecedented cuts to the council's budget by the government. We are asking local people to tell us what they want from their local libraries and how we can ensure they meet the needs of the community and can be sustained for the long term.

As part of this discussion there will be an “open space” session on Tuesday 14 June in which participants will be able to set the meeting’s agenda.

All your ideas will be fed into the Library Commission. This is a group of councillors and independent people with an interest in libraries. They will use your comments and ideas in order to draw up a set of proposals. The proposals will go to the Lambeth Council Cabinet for them to consider in October 2011.

To tell the commission what you think about the future of libraries in Lambeth, visit Lambeth's libraries consultation page.
Posted by Alex Bigham at 10:48 8 comments: Links to this post

Detectives from Trident are appealing for witnesses and information following the murder in Clapham Road, near to Stockwell underground station.
Police officers patrolling in the area heard shots fired in Clapham Road, SW8 near to the underground station at 23:30hrs on Tuesday 31 May. A 25-year-old man received gun shot wounds and was taken to a south London hospital. He was pronounced dead at 00:29hrs.
He has been formally identified as Sadiq Adebiyi, 25, from the Stockwell area. Next of kin has been informed. A post-mortem will take place in due course.
At this early stage it is believed the victim was standing in Clapham Road on the pavement directly outside Richardson Court when he was shot. A dark coloured motorcycle carrying two men wearing dark clothing and helmets crossed Clapham Road from the direction of the Stockwell Gardens Estate. Following the shooting the motorcycle left the scene at speed and was pursued by a marked police van, which was passing at the time, into Binfield Road.
Officers arrested a 19-year-old man in Battersea a short time later. A 21-year-old man was arrested in Battersea on Wednesday 1 June. They remain in custody at south London police stations.
Detective Chief Inspector Neil Hutchison, Trident, said:
"I am appealing to anyone who may have witnessed this incident to come forward and speak to the police. I am particularly keen to hear from anyone who may have seen the motorcycle travelling at high speed towards the Battersea area. The police van pursued the motorcycle into the Patmore Estate. I believe there were two suspects on the motorcycle at the time and that one of the suspects got off somewhere in the estate. When police stopped the motorcycle they arrested the 19-year-old rider. I would like to hear from anyone who saw a person getting off a motorcycle in the Patmore Estate shortly before midnight on 31 May."
Trident would also like to stress that witnesses who are fearful can be protected and provided with anonymity in a court case. Trident has extensive experience in witness protection and anonymity and has used it successfully on many occasions.
Detectives are asking anyone with information to call the incident room on 020 8247 4553 or to remain anonymous, call Crimestoppers on 0800 555 111.
Posted by Alex Bigham at 10:51 7 comments: Links to this post