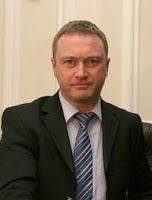 The Leader of Lambeth Council, Steve Reed, has cut short his holiday to deal with events in Brixton, and has written the following in reaction to what happened last night.

"Brixton is quickly returning to normal after last night’s disgraceful looting and disorder. Let’s be clear about one thing first: this was no re-run of 1981. What we saw last night was a mob of mainly young people taking advantage of the violence in Tottenham the night before to stage copycat activities so they could break into local shops. They targeted businesses selling mobile phones, video games, electronic goods including plasma screen TV sets, and sports clothing. It seems they used social media to move quickly in an attempt to out-run the police. There is universal condemnation from across the community this morning for what was nothing more than criminality and opportunistic theft.

I went on a walkabout around Brixton first thing and saw the clean-up operation in full swing. The damaged shops are being secured. Broken glass and litter – some of it left over from the Brixton Splash event yesterday afternoon – was being cleaned away. The Council is working with businesses and the police to make sure our town centre is restored to normal working as quickly as possible."

To read the full piece, click here
Posted by Alex Bigham at 13:49

My personal thanks for this wonderful share. Thank you also for inspiring us. I really had some fun reading your article!

This a good way to appreciate the teacher as they put their efforts to train students. UK dissertation Writers appreciates the teachers.

I accidentally saw your post and it attracted me from the first few seconds, it was excellent, hope you have more successful posts. I do not feel sorry for taking the time to read this post, it is really nice and useful to me, thanks for posting it.
abcya5, friv for school for kids 2019, cá koi mini, io jogos for kids