A lot of spin has been put on the issue of police numbers by Conservative Mayor Boris Johnson this morning, with an attempt to claim numbers will not go down in the light of recent violence.


But the actual budgets he is responsible for tell a different story. The Metropolitan Police Authority, which is appointed by the Mayor and receives its budget from the Mayor says that the numbers of police will reduce by 1,985 between this year (2011/12 - 53,126) and next year (2012/13 - 51,141)  in its committee papers (see full document here). In addition, all police recruitment has been frozen. 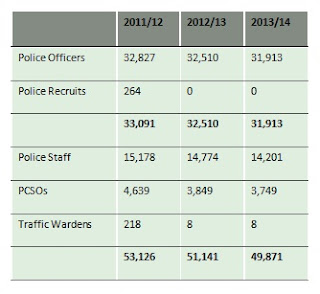 Rather than going on the Today programme and making spurious claims to back up his election chances, the Mayor should come clean with Londoners so we can get to grips with policing the capital effectively.
Posted by Alex Bigham at 11:48

Anyone who reads this post will find it great, me too, I will continue to follow your posts. I like this post because it contains a lot of useful information to read, maybe everyone will like it.
free friv Games 2019, jogos io online, abcya free, cá koi mini

An impressive share, I just given this onto a colleague who was doing a little analysis on this. And he in fact bought me breakfast because I found it for him.. smile. So let me reword that: Thnx for the treat! But yeah Thnkx for spending the time to discuss this, I feel strongly about it and love reading more on this topic. If possible, as you become expertise, would you mind updating your blog with more details? It is highly helpful for me. Big thumb up for this blog post!